The Visual Lens combines ideas from product semantics, semiotics, ecological psychology and Gestalt psychology about how users perceive patterns and meanings as they interact with the systems around them.

These techniques are often applied by interaction designers without necessarily considering how they can influence user behaviour.

â–  Design certain elements so they’re more prominent, obvious, memorable or visible than others, to direct users’ attention towards them, making it easier for users to pick up the message intended, or pick the ‘best’ options from a set of choices

â–  Simple prominence is one of the most basic design principles for influencing user behaviour, but visibility can also include using transparency strategically as part of a system–drawing users’ attention to elements which would otherwise be hidden 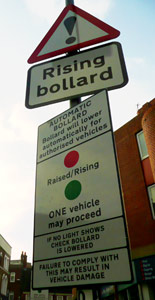 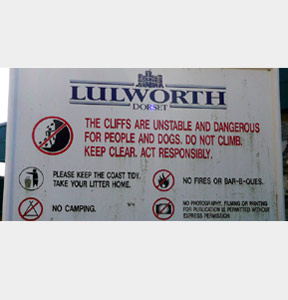 Examples: The most important warning signs should be the most prominent–if a user only has time to take in one message, it should be the one that matters the most (above)

A Dyson vacuum’s transparent chamber makes forgetting to empty it unlikely, thus keeping the effectiveness of the cleaner high and improving user satisfaction (below) 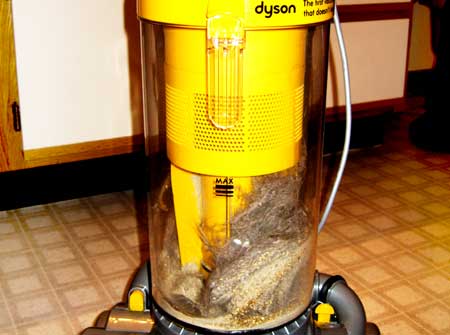 “This reminds me of one of those, so I expect
it works that way too”

â–  Use design elements from a context the user understands in a new system, to imply how it should be used; make it easy for users to understand a new system in terms they already understand

â–  There’s a danger of oversimplification, or misleading users about the consequences of actions, if metaphor use is taken to extremes; it can also trap users in old behaviour patterns 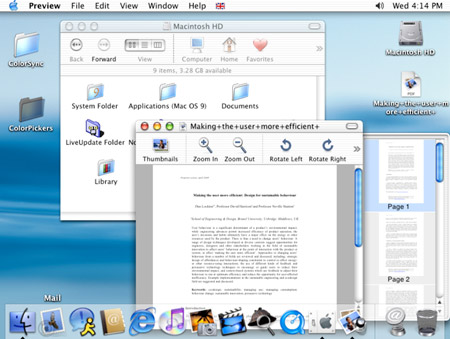 Examples: Everyday software interfaces (above and below left) combine hundreds of metaphors, from the ‘desktop’, ‘folders’ and ‘trash/recycle bin’ themselves to the icons used for graphics functions such as zoom (magnifying glass), eyedropper and so on. Ford’s SmartGauge (below right) uses ‘leaves’ to represent efficiency of a user’s driving style

but can also motivate a user to ‘know’ by increasing mindful understanding of how best to use a system.

â–  Related ideas include mappings – laying out controls so they relate intuitively to the functions they control – and perceived constraints, what users perceive they can’t do with something. 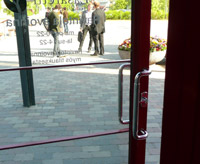 Example: Where a door has a handle, we assume we should pull it. When this isn’t the case, usability suffers!

â–  Presenting items in an implied sequence suggests to users that they should be used / experienced in order. Remember that in while in western countries, our reading direction leads us to assume sequences go left-to-right, in other cultures right-to-left may be the norm, e.g. this Hebrew version of the Mozilla browser with right-facing “back” arrow and left-facing “forward” arrow.

â–  The sequence of choices can also suggest levels of priority / hierarchy – there’s a small advantage for candidates who are listed first on a ballot paper [PDF]. The order in which options are revealed can also be important, both in terms of what people remember and how they make comparisons

Example: Rows of switches such as these can suggest a sequential form of operation

“What route should I take?”

â–  Possibility trees show users what routes they can follow to achieve a goal, or what results different behaviours can lead to. The way these are presented, via instructions, an interface, or even signage or maps – wayfinding (e.g. these Transport for London studies) – can influence the choices users make. .

â–  They can be used strategically: showing users the routes that planners would prefer them to take, or the actions that designers would like users to take. 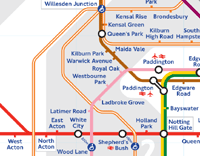 Example: Once people have become used to using a highly stylised map to plan journeys, such as the London Underground map here, it can affect perceptions of places’ location in real life. For example, Willesden Junction and North Acton stations are a 10-15 minute walk apart, but the distortion introduced by the map suggests that the distance is much further, which in turn can influence the transport choices people make.

â–  In this context, watermarking means making the ownership (or background) of something evident to users. If people feel they own a device, through some kind of personalisation or acknowledgement that it’s theirs, they will often use it differently to when it seems like it belongs to someone else.

â–  One application of this to influencing behaviour is to make it clear or obvious that some shared resources belong to everyone, or to the community, rather than no-one in particular. 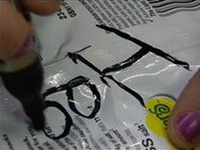 Example: A Gloucestershire shopkeeper has taken to writing customers’ names on the packaging of snacks they buy, to encourage them not to litter by ‘taking ownership’ – it has apparently been especially successful with children.

â–  Users will tend to perceive that design elements (buttons, controls etc) which look similar, or are arranged together, will have similar functions or work together as a group (Gestalt proximity and similarity).

â–  This can be used strategically to influence user behaviour as a kind of framing technique: group functions that you want users to perceive as going together, or give the controls similar shapes or colours. Likewise, introducing deliberate discontinuity or separation between elements can lead users to treat them very differently. 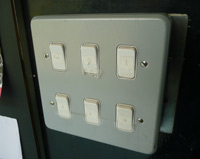 Example: Bringing light switches together like this allows them all to be switched off at once more easily when leaving a room, but can work against the intuitive mapping linking each switch to the lights it controls.

“I simply chose the one that stood out the most”

â–  Use colour and visual contrast to influence users’ perceptions and moods, suggest associations between particular behaviours and outcomes, and cause users to notice important elements or information (remembering that colour-blindness affects many millions of users, and so has implications for designers)

â–  While some research shows that certain colours can have direct effects on behaviour in certain situations (e.g. the colour of pills), the evidence in general is weaker than is sometimes implied. Nevertheless, clever use of colour can help, support and guide user decision-making and so influence behaviour.

Example: Baker-Miller Pink or “drunk-tank pink” was developed through trials in prisons where painting a cell this colour was found, in certain circumstances, to reduce inmates’ aggression.