I met a lot of remarkable people in Finland, and some of them – they know who they are – have given me a lot to think about, in a good way, about lots of aspects of life, psychology and its relation to design. Thanks to everyone involved for a fantastic time: I was kind-of aware of the idea of CsÃ­kszentmihÃ¡lyi’s flow before, but something about the combination of week-long permanent sunlight, very little sleep, great hospitality and a hell of a lot of interesting, clever people, brought home to me the reality of the phenomenon, or one quite like it.

A couple of the people it was great to meet were Loove Broms and Magnus BÃ¥ng of the Interactive Institute in Stockholm, who have worked (among other things) on innovative ways to provide users with feedback on their energy use, beyond ‘traditional’ interfaces. We’ve seen a few of the Institute’s STATIC! projects before on the blog before, but it was very interesting to be introduced to some more recent concepts from the AWARE project. They’re all well worth a look, but one in particular intrigues me, primarily because of how simple the idea is: 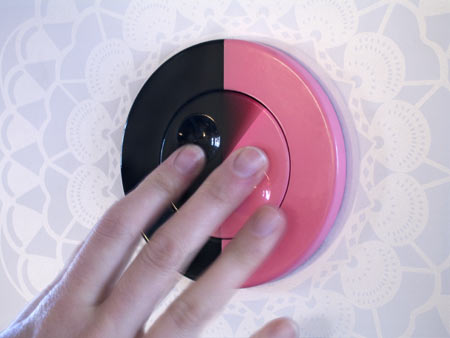 The Puzzle Switch – designed by Loove Broms and Karin Ehrnberger. One type is shown above; below, a different design in ‘On’ (left) and ‘Off’ (right) positions. 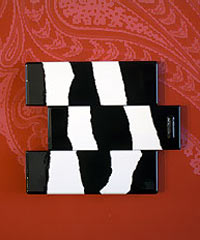 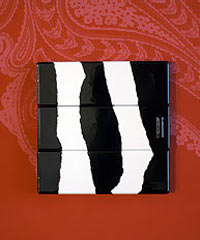 The AWARE Puzzle Switch – lower part of this page – really is as simple as a a series of light switches where it is very obvious when they are switched on, and which “encourage people to switch off their light, by playing with people’s built-in desire for order.”

Where else can we use this idea? The Puzzle Switch does it safely, in a way that, for example, having a lever hanging off the wall at a crazy angle (which would equally suggest to people that they ‘put it right’) would not. Is the key somehow to make it clearer to users that high-energy usage states are not ‘defaults’ in any way? That accompanying any energy use, there needs to be some kind of visible disorder (as with the irritating flashing standby lights) to cause users to notice and consciously to assess what’s going on?