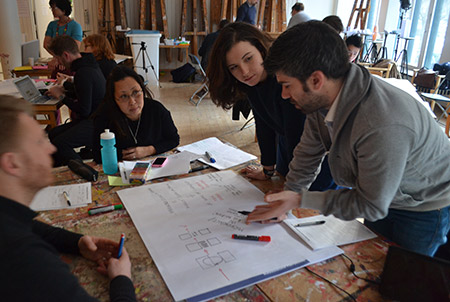 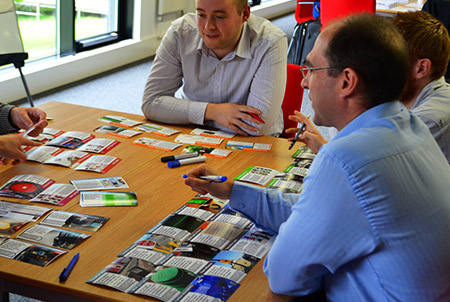 Back in the darkest days of my PhD, I started blogging extracts from the thesis as it was being written, particularly the literature review. It helped keep me motivated when I was at a very low point, and seemed to be of interest to readers who were unlikely to read the whole 300-page PDF or indeed the publications. Possibly because of the amount of useful terms in the text making them very Google-able, these remain extremely popular posts on this blog. So I thought I would continue, not quite where I left off, but with a few extracts that might actually be of practical use to people working on design, new ideas, and understanding people’s behaviour.

The first article (to be split over two parts) is about toolkits (and similar things, starting with an exploration of idea generation methods), prompted by much recent interest in the subject via projects such as Lucy Kimbell, Guy Julier, Jocelyn Bailey and Leah Armstrong’s Mapping Social Design Research & Practice and Nesta’s Development Impact & You toolkit, and some of our discussions at the Helen Hamlyn Centre for the Creative Citizens project about different formats for summarising information effectively. (On this last point, I should mention the Sustainable Cultures Engagement Toolkit developed in 2012-13 by my colleagues Catherine Greene and Lottie Crumbleholme, with Johnson Controls, which is now available online (12.5MB PDF).)

The article below is not intended to be a comprehensive review of the field, but was focused specifically on aspects which I felt were relevant for a ‘design for behaviour change’ toolkit, which became Design with Intent. I should also note that since the below was written, mostly in 2010-11, a number of very useful articles have collected together toolkits, card decks and similar things. I recommend: Venessa Miemis’s 21 Card Decks, Hanna Zoon’s Depository of Design Toolboxes, Joanna Choukeir’s Design Methods Resources, Stephen Anderson’s answer on this Quora thread, Ola MÃ¶ller’s 40 Decks of Method Cards for Creativity, and Public Policy Lab’s list of Toolkits for Public Service Design. I’m sure there are others.

“Engineers are not the only professional designers. Everyone designs who devises courses of action aimed at changing existing situations into preferred ones. The intellectual activity that produces material artefacts is no different fundamentally from the one that prescribes remedies for a sick patient or the one that devises a new sales plan for a company or a social welfare policy for a state.”
Herbert A. Simon, The Sciences of the Artificial, 1969 (p.129 of 1981 MIT press 2nd edition)

Designers solve problems, but they are by no means alone in that. As Jack Schulze of BERG comments, ”so do dentists” (Kicker Studio, 2009). Design is not, then, identical to problem-solving, but it certainly involves addressing issues that are seen (by someone) as problems and developing new or changed products, services or environments (seen by someone as solutions) in response. This review is not going to fall into the ‘What is design?’ rabbit-hole, since that has been more than adequately explored by other authors, but it is important to understand how design processes can work, in order to identify the most useful characteristics for the proposed toolkit. [which became Design with Intent]

The view of design as being entirely about ‘problem-solving’–which, at its most mechanistic, is ”basically a form of means-ends analysis that aims at discovering a process description of the path that leads to a desired goal”–as espoused by Simon (1969/1981, p.223, and to some extent in the above quote), has become unfashionable in design research, and not just because of the implied lack of creativity in the process.[1] In particular, the reaction against the ‘problem-solving’ view follows SchÃ¶n’s (1983) concept of The Reflective Practitioner, whose “inquiry is not limited to a deliberation about means which depends on a prior agreement about ends. He does not keep means and ends separate, but defines them interactively as he frames a problematic situation” (p.68).

Thus, design is seen as being as much about problem-framing as problem-solving, an exploration and co-evolution of both the problem and solution ‘spaces’ (Maher et al, 1996), questioning and refining the problem, changing focus and the boundaries of the problem as part of the process of generating solutions. [2]
END_OF_DOCUMENT_TOKEN_TO_BE_REPLACED