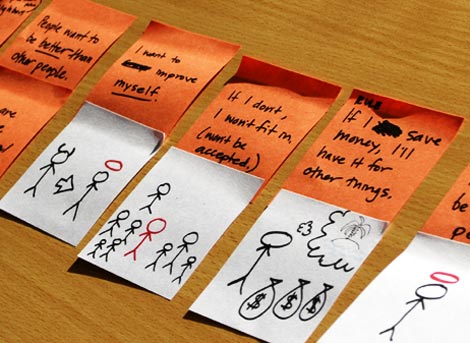 I’m not going to get into what models are ‘best’ / right / most predictive for designers’ use here. There are people doing that more clearly than I can; also, there’s more to say than I have time to do at present. What I am going to talk about is an approach which has emerged out of some of the ethnographic work I’ve been doing for the Empower project, working on CarbonCulture with More Associates, where asking users questions about how and why they behaved in certain ways with technology (in particular around energy-using systems) led to answers which were resolvable into something like rules: I’m talking about behavioural heuristics.
END_OF_DOCUMENT_TOKEN_TO_BE_REPLACED