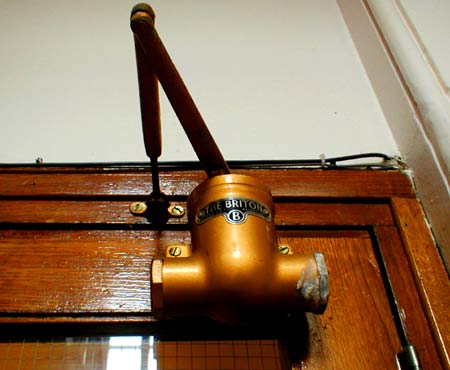 As a flipside, perhaps, to the quote on precedents from a couple of weeks ago:

If there is something really cool, and you can’t understand why somebody hasn’t done it before, it’s because you haven’t done it yourself.

(From Lion Kimbro‘s fascinating How to Make a Complete Map of Every Thought You Think.)

The way I interpret that is that every previous person who has come up with the idea has been dissuaded by the same thought, viz. ‘Why hasn’t anyone done that before?’ and thus this is the problem.

When you come up with an idea, whether as a designer, engineer, scientist, thinker, writer, programmer, educator, anything, two of the biggest objections you’ll face are:

a) I bet that’s not original. Therefore, it’s no good.
b) Why hasn’t anyone done that before? It can’t be any good.

But in an abstract sense, we shouldn’t be put off by the existence or non-existence of precedents. It can be useful to learn from others’ success (and failures), of course, but independent thought and development (even if unknowingly following others’ work) so often seem to be at the heart of genuine progress.

Image: ‘The Briton’ door closer, from an era when it was considered worth branding and having pride in the design of a product such as this.