A couple of months ago I posted about the ‘shaping behaviour’ research of RED, part of the UK Design Council. At the time I noted in passing a classification of design approaches for shaping behaviour, mentioned by RED’s Chris Vanstone: “stick*, carrot or speedometer.” It’s worth looking further at this classification and how it relates to the spectrum of control, especially in a technology context: 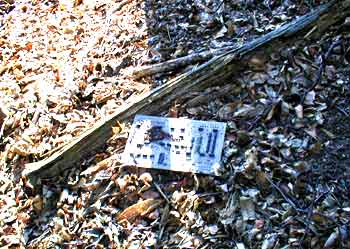 If we define ‘stick’ as ‘punishing the user for attempted deviation from prescribed behaviour’, then many of the architectures of control we’ve examined on this site demonstrate the stick approach. They’re not explicitly ‘technologies of punishment’ in Foucault‘s phrase, but rather a form of structural punishment. The thinking seems to be (for example):

…and so on. There are numerous other examples from software and urban planning, especially.

The thing is, though, for each of those ‘sticks’, a large percentage of people will not be obedient in the face of the ‘punishment’. They’ll try to find a way round it: a way of achieving their original objective but avoiding the punishment. They’ll search for what others in similar situations have done (e.g. DeCSS in the DVD example) or ask among friends until they find someone with the required expertise or who knows about an alternative. They may even actively destroy the ‘stick’ that punishes them. In some cases they might not even understand that they’re being punished, simply seeing ‘the system’ as beyond their comprehension or stacked against them.

Equally, there isn’t always a rational strategy behind the ‘stick’ in the first place. The anti-homeless bench doesn’t ‘solve’ the ‘problem of homelessness’. It just punishes those who try to lie down on it without offering an alternative. It’s punishment with no attempt at resolving the problem.

If a stick does get people to change their behaviour in the intended way, it will be accompanied by resentment, anger and dissatisfaction. It may only be fear of the consequences which prevent actual rebellion. In short: using sticks to change people’s behaviour is not a good idea. 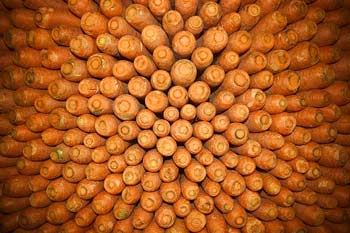 A ‘carrot’ means offering users an incentive to change their behaviour. This moves away from actual control to something closer to some aspects of captology – making a persuasive case for behaviour change through demonstrating its benefits rather than punishing those who disobey.

To some extent, control and incentives may be incompatible. Taking away functionality from users then showing them how they can get it back (usually by paying something) might be a classic combined “carrot and stick” technique, but it’s also bordering on a protection racket, and it doesn’t fool many people.

However, can control be used in conjunction with genuine incentives to serve the agendas of both sides? Electric lights that turn off automatically if no-one’s in the room take some control away from the user, but also offer benefits to both the user (lower electricity bills) and society as a whole (less energy used). But if they turn off automatically, is there actually any incentive for the user to change his or her behaviour? If we’re always spoon-fed, will we ever learn?

Perhaps mistake-proofing measures or forcing functions which allow a user to increase his or her productivity or safety, in return for giving up some ‘control’ – which may not be highly valued anyway – fit the definition best. If I’m working in a factory painting coachlines on hand-built bicycles, a steady guide arm that damps my arm vibrations – but only if I also take care as well – takes some control away from me, but also prevents me making mistakes, allowing me to paint more coachlines per hour, more accurately. It also helps my employer.

But that’s a very weak degree of control. Unless anyone can come up with any counter-examples, I would suggest that providing real incentives for users to change their behaviour is fundamentally a very different approach to the ‘control mindset’ (unless you are trying to trick people by offering false incentives, or by understating what they could lose by changing their behaviour).

I’ll get round to speedometers in a future post, since this approach is worthy of a deeper treatment.

*The phrase “carrot and stick” seems now universally to imply “offering incentives with one hand and punishment with the other” (though not necessarily at the same time), rather than the “carrot dangling from a stick, just out of reach” meaning (i.e. “motivating people to perform with incentives which will never be fulfilled”) which I first assumed it to have when I heard the phrase as a kid (I’m not the only one with this issue). In this post, I’ll use “stick” to mean “punishment”.