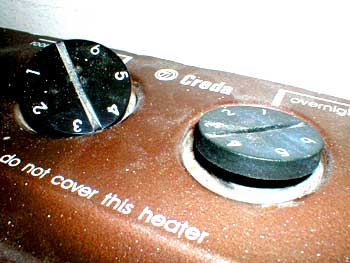 Scott Adams recounts an anecdote illustrating the ‘illusion of control’ and how important it is to many people – even to the extent that it is the single defining characteristic of mankind which one might use to explain human behaviour to aliens:

“The maintenance man is moving the thermostat in our office today. I started talking with him about the “Thermostat Wars” [from Dilbert comics]. He told me about one office with 30 women where they could never get the temperature to an agreeable level. At his suggestion they installed 20 dummy thermostats around the office. Everyone was told that each thermostat controlled the zone around itself.

Problem solved. Now that everyone has “control” of their own thermostat there is no problem.”

To what extent is the illusion of control, rather than real control, what most people really want in their products?

Do they care that their personal data may be encrypted and held to ransom by a software company, so long as they feel ‘in control’ in everyday use (e.g. the ability to change the colour scheme)?

And how should designers respond to this issue? Are there any examples of products (other than, say, children’s toys) deliberately designed with fake controls to make the user feel in charge even though he/she isn’t? (Fake solar cell calculators are interesting, but not quite the same issue)

P.S. On the other hand, it’s worth considering the opinion expressed by the Audi A2 owner, that she didn’t find it a disadvantage having to take her Audi to a ‘specialist’ in order to open the bonnet (hood). Is even that basic level of control (being able to see the engine) too much for some people? Is it because, say, a thermostat affects people personally (temperature) whereas a car engine is something dirty, difficult, complex, for someone else to worry about?